From the ‘evangelical’perspective of English Reformation theology, this article considers appreciatively the theology of law in Veritatis Splendor in its implications for understanding public law. It highlights three features of the encyclical: 1. its unfolding of law as an intrinsic dimension of God's dynamic revelation of himself in Jesus Christ as the Truth and the Good who obliges human beings as actors and grounds their freedom; 2. its exposing of tendencies in contemporary moral philosophy and theology which have severed the law and freedom of created and fallen human community from the history of their perfecting renewal witnessed in the Scriptures; 3. its portrayal of the church as the community of faith and discipleship, to whom Christ has entrusted the `showing forth' of God's promise and law in their unity, and imparted the Spirit of Truth and Holiness. In highlighting these features, the article also draws attention to the under-developed theme of law as the revelation of God's condemning judgment on sinful human actors, both in the internal forum of the conscience and the social forum of public law, and the corresponding theme of the church's witness to the risen Christ's overcoming of the law's condemnation.

Joan Lockwood O'Donovan − a theologian who publishes and lectures mainly on social and political topics at the universities of Oxford, Edinburgh, St. Andrews and Emory University in Atlanta

Lockwood O'Donovan, Joan. `A Timely Contribution of the English Reformation to an Evangelical Public Theology of Law and Freedom'. Political Theology 19:4(2018), 314-330. 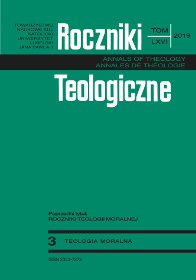