Contemporary world is giving a lot of possibility to young people to the development, and technological progress and of civilization requires adapting and dealing it with from them, what new. Although technological progress and of civilization he is facilitating for us living, these are in certain fields lives, children and teenagers still are exposed to pathological phenomena which are lying in wait for them in schools and the virtual world of the Internet. Along with increased activity preventive in the civil environment, the Military Police became an institution, to which request for helps have more and more often started flowing of pathology in the completion of classes in preventing and the counteraction widely comprehended. Today's Military Police − as the service about police character − for conducting all activities, being aimed recognizing, the prevention and fighting pathology have experience and the personnel back. Of action in favour of keeping the appropriate safety state in schools they must be consulted on many plains, by experienced specialists, and a joint effort can be a guarantee that the young people of today will be brought up in its heart of hearts values and respects to the second man. Article in question, on the destination showing is able to exploit the potential of the Military Police, as the important institution in the process of the prevention of pathology and building the value of young citizens, through the respect to the tradition, uniform and the honour of the soldier. 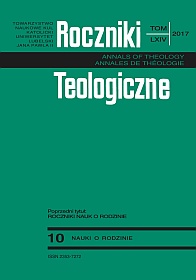