The present paper is based above all on the results of the United Nations’ population projection which was published in 2019. According to that publication until 2060 the population of Europe will decrease by 60 million. This is clearly a long-term tendency: between 1950 and 2100 the share of Europe in the world population may decline from 22% to 6%. Its principal reason seems to be a low level of fertility which does not allow for the replacement of subsequent generations. Another important consequence of enduring very low fertility is population ageing which manifests itself in a reversal of the ratio of the number of children to the number of the elderly to the benefit of the latter and a strong decline in the ratio of working-age population to the elderly.

In view of its shrinking population and fast ageing, Europe will be in the least favourable demographic situation of all continents. The most contrasting picture presents Africa where population will continue to be strongly increasing to reach 34% of world population in 2100 (11% in 1950) and the number of children will still be higher than the number of the elderly.

Demographic changes in Europe will display considerable regional differences. Western Europe will be in a relatively favourable situation with slightly increasing population size (mainly due to immigration) and a moderate pace of the ageing whereas southern and eastern parts of the continent will experience strong depopulation and fast pace of the ageing.

In the author’s view recent population projections do not adequately account for the migration potential of non-European areas, especially Africa, which stems from a vehement increase in the young (mobile) segment of working-age population. For it could be reasonably expected that a large part of that potential will attempt emigration, most likely to Europe. This, in turn, may result in a significant rise in the share of Muslims in the population of a majority of European countries and bring about tensions in the intercultural relations difficult to cope. 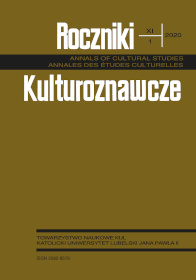