The Nature and Aims of a Philosophy of History (trans. Karol Barczyk)

This essay is a set of Robin George Collingwood’s basic reflections on the objectives and tasks of the historical sciences. It contains the critic of history as a discipline that aims at establishing general laws, which rule the course of history, and as a discipline that aims at discovering a divine plan, which is realizing itself in history. It is an attempt to show the differences between history and the philosophy of history, art and science. It expresses the thought that there is no such thing as a pure historical fact, that absolute cognition of any historical fact is impossible, though the knowledge about it increases, and that historical thought is based on perception.

The conclusion of this essay is twofold. First, it concludes that the idea that each historian looks at the past from his own point of view, therefore sources used by him, and inferences that he reaches, significantly differ from sources and inferences of other historians. Second, it concludes that the thought that any historical event is unexhausted, in the sense that, it takes another shape in the hands of every new historian.

Prof. Robin George Collingwood (1889–1943) — British philosopher, historian and archaeologist. Professor of Philosophy at the University College, Oxford. He is best known for his philosophical works including The Principles of Art (1938) and the posthumously published The Idea of History (1946).

Karol Barczyk, Faculty of Philosophy of the University of Wroclaw 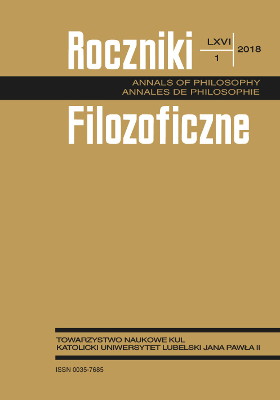