The paper, originally published in 1979, is one of the most cited philosophical texts written in the second half of the 20th century and initiated a series of important discussions in ethics and the philosophy of action that continue to be of relevance in the present. Bernard Williams’ interpretation of the concept of internal reasons is, on the one hand, extraordinarily influential but very ambiguous and highly criticized on the other. Williams defends the view that was later termed reasons internalism: some considerations are reasons for actions for an agent only if they are closely linked with “the subjective motivational set” of an agent, i.e. with some aspects of his psyche, character, aims, desires, projects, relations with other etc. According to this view, saying that an agent has a reason to do something (or if one thinks that this is a prevailing reason — that an agent ought to do something) means that the agent could be motivated to do it. In contrast, reasons externalism claims that some considerations may be reasons for action for an agent, even if they refer to some things independent of his motivation set. Williams starts with the simplified Humean model of motivation, then builds on it a more adequate model, he discusses the role of deliberation, the nature of needs, and then he presents an argument for reasons internalism. The argument from explanation claims that even if there existed external reasons for action unconnected with a subjective motivation set of an agent, appealing to them could not explain why an agent acts in such a way, because “nothing can explain an agent’s (intentional) actions except something that motivates him so to act.” The discussion around this argument gives Williams the opportunity to present his own interpretation of the well-known thesis by David Hume that reason cannot give rise to a motivation for action.

Prof. Bernard Williams (1929–2003) — British ethicist and philosopher; he was a lecturer at the universities of Cambridge, Oxford, and California at Berkeley. Author among others: Problems of the Self (1973), Utilitarianism: For and Against (1973 — with J.J.C. Smart), Ethics and The Limits of Philosophy (1985), Shame and Necessity (1993). His books appeared in Polish: Ile wolności powinna mieć wola (1999), and Moralność. Wprowadzenie do etyki (2001). 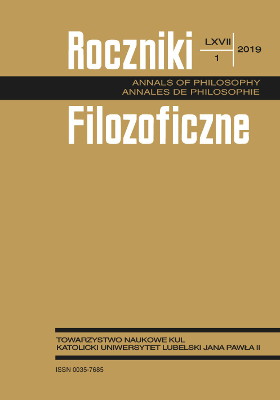