Quentin Smith’s idea is that God being the originating cause of the universe is logically inconsistent with all extant definitions of causation, and thus  logically impossible. Thus, for example  the  God of the Philosophers couldn’t have created the Universe, not  even in both its senses, in both literal and analogical senses. The thesis is advanced by accounts of the usual views of “cause”. It is maintained these is successful. Such I shall then offer an account of divine causation of my own, and thus attempt to argue that Smith has not shown that the relation that God has to the universe is not a causal relation. Such as a Humean or that of  David Lewis sense and of the “singularist” view of C. J. Ducasse would fail the analogical. And Malebranche’s “occasionalism” is surely an exception. If we turn to the other kind then  it seems to be a case of “if the data are analogical-in, then the data will be that too”. Finally, it is argued that it is more productive to consider particular individual theistic powers and perfections, for these are mongrels which literality and of analogy are compounded. 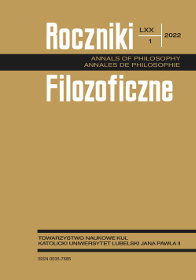