Intending Reproduction as One’s Primary Aim: Alexander Pruss on ‘Trying for a Baby’

May a couple have the aim of conceiving as their primary purpose in having marital relations? In this paper, I argue against the view of Alexander Pruss that it is wrong to do this since it treats human beings as fungible in their creation when their unique features are not known to their parents. I argue that Pruss cannot separate seeking reproduction as part of a marital vocation from seeking the unknown, unspecified child who is part of what makes for success in this particular area. While neither spouse should treat the other as a mere tool for having a child, success in the shared goal of conceiving (which will incorporate the value of the child’s life), as well as the goal itself and its pursuit, is very much part of the conjugal good. Existing human beings are morally irreplaceable in the sense that they must be individually valued and respected, but we may promote the lives of unknown existing people under a ‘catch all’ description—and may also deliberately conceive new people of some unknown, indeterminate kind.

Watt, Helen. In press. The Ethics of Pregnancy, Abortion and Childbirth. Routledge.. 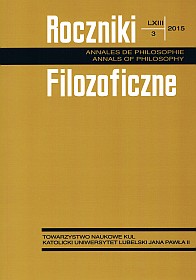