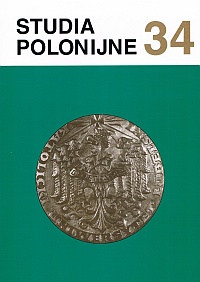 Polish emigrants would arrive in Denmark from 1893 onwards mostly from Little Poland Cieszyn Silesia. In the total number of 25.000 Catholics in Denmark there were 13.000 Poles. In 1927, 14 nationally foreign priests provided pastoral care who spoke Polish. Polish pastoral care provided by the priests under the jurisdiction of the Polish Primate met with an extraordinary chauvinistic resistance on the part of the missionaries mostly from the Netherlands and Germany. Opposing this process that tended to make Polish emigration lose its identity, the Alliance of Polish Workers in Denmark had taken the role of the Only defender of Poles national and Catholic identity in this country. In its letter to Primate A. Hlond the Alliance asked for rescue. This document shows the scale of the problem, hopelessness of the state and church authorities in Poland, limitations that are attendant on the role of a petitioner. The Poles’ grassroots initiative remained „a silent scream” against the nationally alien priests.