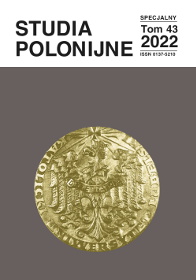 This article summarises the 130-year history of the Polish community in Denmark (the round anniversary is due in 2023). The first Poles in Denmark were seasonal workers who started arriving in the country in the late 19th century where they found employment in agriculture. The 1920s saw the development of Polish organisations in Denmark: the Association of Polish Workers (1925), later renamed the Association of Poles in Denmark, and numerous Polish Houses. The following decades brought further initiatives undertaken by members of the Polish community in Denmark concerning both their integration and the propagation of Polish culture.