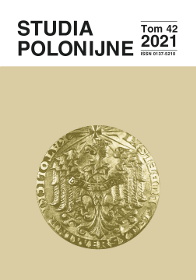 In 1976 the Polish Episcopate made a decision to regulate the status of Polish priests who left for the USA in 1956-1976. In Warsaw, thr work was manages by the Episcopal Secretariat, and in the USA, the coordinating office in Orchard Lake Schools, headed by Rev. Msgr. Alexander Cendrowski. Bishop Wesoły and Rubin from Rome cooperated with the center. On behalf of the  American Episcopate, the Secretary General, Archbishop Bernardin, and the head of the Emigration and Tourism Commission Bishop Gracida cooperated.

In the years 1956-1976, 356 priests and religious left Poland from 48 dioceses and 14 religious orders, including 165 priests and 186 religious. October 15, 1977 the status of priests was as follows: incardinated priests 52, religious 56; 16 in the incardination process, 17 emeritus, 7 returned to Poland, 33 had problems with incardination, 56 worked as a guest. The worked the most; 42 in Detroit, 41 in Chicago, 20 in Gary, 18 in Brooklyn and Philadelphia, 15 Buffalo, less than 10 in 18 dioceses It was impossibile to establish the status of the other priests they were suspended, sent to the secular state and entered into marriage.

After 1978 Polish bishops made individual decisions and, in general, they lifted their suspensions and allowed them to work in the USA.