The economic law in the Ukraine – pragmatic aspects of economic activity. Part I

The article presents the specific nature of the economic law of Ukraine, in particular the laws concerning commercial companies. The author delineates the modern day economic legislation of Ukraine, characterizes respective organizational-legal forms of conducting economic activity, including those which are considered most optimal for foreign investors and which operate also in cooperation with Ukrainian entrepreneurs. Additionally, the organizational-legal regulations on obligatory state registration of economic enterprises are analyzed in detail. A separate portion of the article is devoted to selected aspects of Ukrainian tax law, employment laws, and residency laws, acknowledging also the dangers awaiting foreign investors, among others the pressing problem of “corporate raiding” i.e. illegal and hostile takeovers of the functioning companies, and the helplessness of the juristic system when it comes to protection of enterprises in the Ukraine. The scope of the article does not allow a broader view on the issues related to economic activity in the Ukraine, instead it attempts to encapsulate pragmatic benefits and dangers concerning business investments sin the Ukraine.

Regulation of the State Committee of Ukraine for Regulatory Policy and Entrepreneurship No 65 of 9 June 2004 (with amendments) “On Approval of Requirements for the Spelling of the Name of a Legal Entity or a Separated Unit Thereof”.

Resolution of the State Committee of Ukraine for Regulatory Policy and Entrepreneurship No 97 of 20 October 2005 “On Approving Standard Legal Acts on Matters of Distribution of Information from the Single Register of Legal Persons and Natural Persons-Entrepreneurs”. 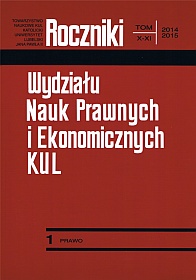